Do you charge extra for training two dogs in the same house?

No. I charge a flat fee per session. However, I do not train children, cats, husbands, wives or in-laws. Please don’t ask.

How do I get started?

Call me and tell me about your dog. I’ll listen and help.

Can’t I just take my puppy to the dog park?

Before they’ve had all of their shots, it is absolutely not safe to bring your puppy to a dog park or to socialize with strange dogs in any uncontrolled environment. As important as early socialization is, it’s just not safe to put their health in jeopardy. It is also extremely important that your puppy’s first experiences with other dogs be positive ones. Just as exposing your puppy to illness is dangerous, it is highly deleterious to your puppy’s later development to expose him to aggressive dogs, especially those not under their owner’s control. At LoveDog Inc, all dogs are individually and professionally screened for aggression and their vaccination records checked. All interactions are supervised by professional dog trainers. For the mental and physical well-being of your puppy now and later in life there is simply no comparison to the dog park.

Do you offer a training program where my dog stays with you?

Yes, we call this our Board & Train Program.  Your dog comes to live and train with us for two weeks.  Upon the dog’s return,  follow up sessions are scheduled to ensure you understand how to continue reinforcing the behaviors we’ve taught.

How do I know that you can train my dog? Are they beyond help?

As long as your veterinarian has ruled out any medical reasons for behavioral change, there is no reason why your dog cannot be trained. Any dog is capable of being a wonderful, happy part of the family. The determining factor will rely on YOU, the owner, to follow through with all of the behavior-improving routines and exercises in order to create long lasting behavioral change. A dog spends most of their time in the home, and this is where the patterns and daily routines need to change in order for your dog to succeed.

Do you train puppies?

Absolutely! It is incredibly important to establish clear boundaries and rules with puppies from a young age, before any unwanted behaviors develop. Our puppy training programs are designed to teach you how to develop a good relationship with your puppy from day one. We cover housebreaking, house manners, basic commands, leash walking and the importance of establishing a feeding and exercise schedule.

Do you work with all breeds?

We work with all breeds, shapes and sizes! No exceptions here! From big Great Danes to tiny Yorkies.

Should the whole family be at the consultation?

How long will the training take?

Each dog is different, so each training program must be different. This is something the trainer may be able to give you an estimate for during the in-home consultation.

My dog is so aggressive many trainers don’t want to work with him/her. Do you have a policy against aggressive dogs?

We will never turn away a physically healthy dog, no matter the behavioral challenge. In fact, we believe that aggressive dogs need the most help, as the consequences of their behavior can be severe. Aggression is a behavioral problem, and we know that behavior can be modified.

Separation anxiety is not a behavioral problem in the sense that your dog is behaving badly. However, behavioral problems often stem from problems like fear and anxiety. Our training courses are designed to help your dog kick his/her bad habits and also set a foundation of trust that puts them at ease and makes communication easier. These same techniques can be used to treat separation anxiety.

Can a dog be too young/old for dog training?

Not at all. We recommend starting training as early as possible for puppies so they clearly know the boundaries and expected behavior from the start. We have a special puppy training program for those pups less than sixteen weeks of age. As for older dogs, they are often passed over at shelters for fear they’re stuck in their ways, but they can be trained just as effectively as puppies. Even older dogs who have been with the same family for years can begin exhibiting poor behavior, and that poor behavior can be fixed.

I have a question that isn’t listed here. How can I get an answer? 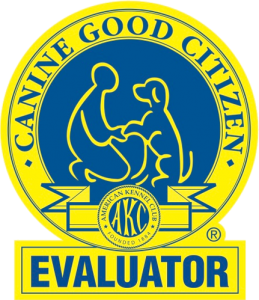